According to Dr Suresh Kumar, medical director of Lok Nayak Hospital, which has 2,000 dedicated beds for Covid-19 patients, the first patient infected by the novel coronavirus was admitted on March 17. “In the initial period, we didn’t know much about the disease or how it should be treated,” Dr Kumar said. “Our healthcare workers were afraid because they were at highest risk of catching the infection. But everyone continued to make efforts to save lives, sometimes at the cost of their own.”

Three hospital staff — a doctor, a technician and a safai karamchari — have died due to Covid till date. More than 300 others got infected by the virus but recovered, according to hospital officials.

The Delhi government-run hospital was among the first few hospitals in the country to give plasma therapy to aid recovery in persons suffering from mild symptoms of Covid. Also, it was the first government hospital where Remdesivir — an anti-viral drug developed originally to treat Ebola — was tried in the case of Covid in India, said a senior doctor.

The doctor added that Lok Nayak Hospital had admitted 15,113 suspected or confirmed cases of Covid since March. Of them, 10,145 patients who were confirmed positive for the infection were cured of the disease and discharged. They included 388 (4%) children. There were 8,014 (79%) patients with co-morbidities such as hypertension, chronic obstructive pulmonary disease (COPD) and kidney diseases, among others, while 1,913 patients underwent dialysis while undergoing Covid treatment.

“We also conducted successful deliveries for 524 Covid-positive mothers,” the medical director of Lok Nayak Hospital said, adding that because of the threat of the infection spreading, many private nursing homes and hospitals weren’t delivering babies in the initial phases of the Covid outbreak in the capital. “We made special arrangements to ensure this essential service was not neglected. A special neonatal ICU and critical care facility was readied for the babies of Covid-positive mothers. Also, a dedicated labour room and a separate emergency operation theatre for Caesarean sections were prepared,” Dr Kumar said.

The hospital also created a special Covid ward for children, the first-of-its-kind in Delhi, to keep the juniors entertained as they recuperated from the infection. It has television sets, a small play area and a painting station, among other facilities. “Most children don’t have severe symptoms. But they require isolation and medical monitoring if they have co-morbidities. In some cases, children have to be kept in the isolation ward if their parents are infected and they have no one else to take care of them at home,” said an official. He added that the hospital has video-calling facilities and when the children cry a lot, the nurses attending to them make them speak to the parents. 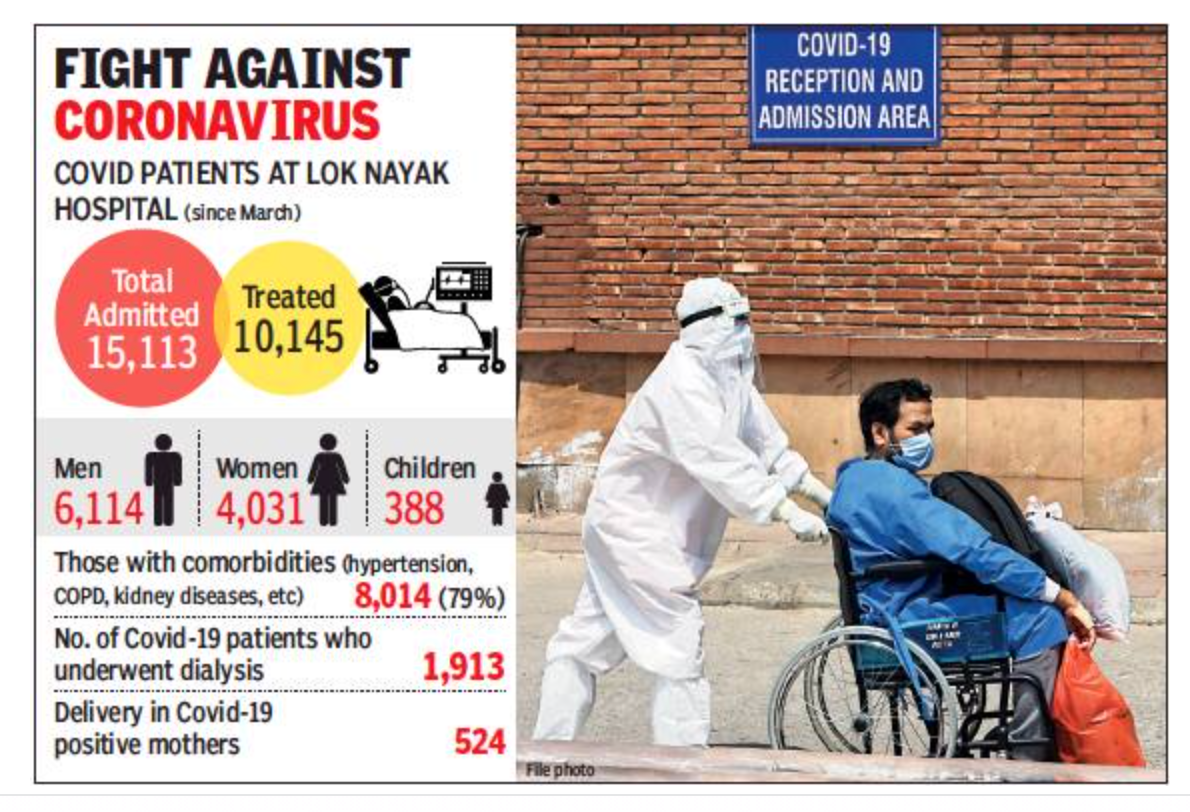