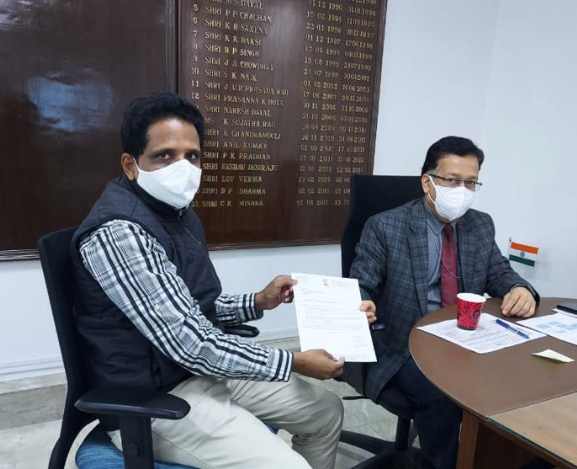 This information was shared by joint secretary the Union government’s joint secretary (AIIMS) for the ministry of health and family welfare Nilmabuj Sharan to Madurai MP Su Venkatesan who met him at his office in Delhi on Wednesday and made a representation on the project for which the foundation stone was laid by Prime Minister Narendra Modi on January 27, 2019.

Venkatesan said the joint secretary had given this reply when he asked him on the RTI reply from the ministry in mid-December which stated that the budget for Madurai AIIMS is Rs 2,000 crore. “He said that the additional fund of over Rs 700 crore is awaiting administrative sanction and cabinet approval. I urged them to expedite work as the sanction should not cause further delay in construction,” the MP told TOI on Thursday.

According to the MP, the joint secretary for AIIMS stated that the loan agreement for Madurai AIIMS with Japan International Cooperation Agency (JICA) would be signed before March 31, 2021. “Union health secretary Rajesh Bhushan assured that efforts will be taken to expedite the project in Madurai,” Venkatesan added.

In his representation in person to the Union health secretary and joint secretary, the MP also urged them to appoint the executive director, medical superintendent, deputy director (administration), and administrative officer for Madurai AIIMS as early as possible to carry out administrative work.