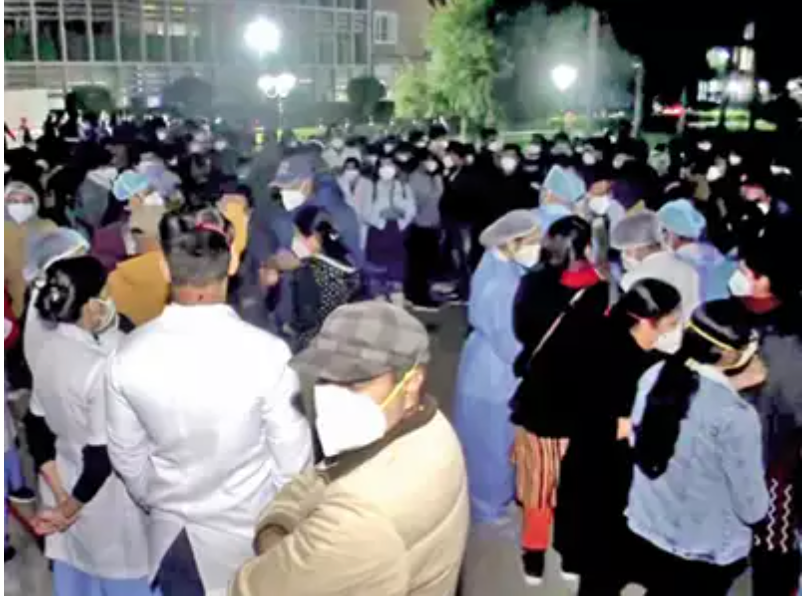 New Delhi: Hundreds of critically ill patients admitted to the All India Institute of Medical Sciences (AIIMS) were left unattended for hours on Monday as the hospital’s nurses went on an indefinite strike at around 3pm to press for their demand to rectify an anomaly in the implementation of the Sixth Pay Commission recommendation, among others.

Till late evening, there was no breakthrough in the talks between the nurses’ union and the hospital administration, leading to a crisis situation. 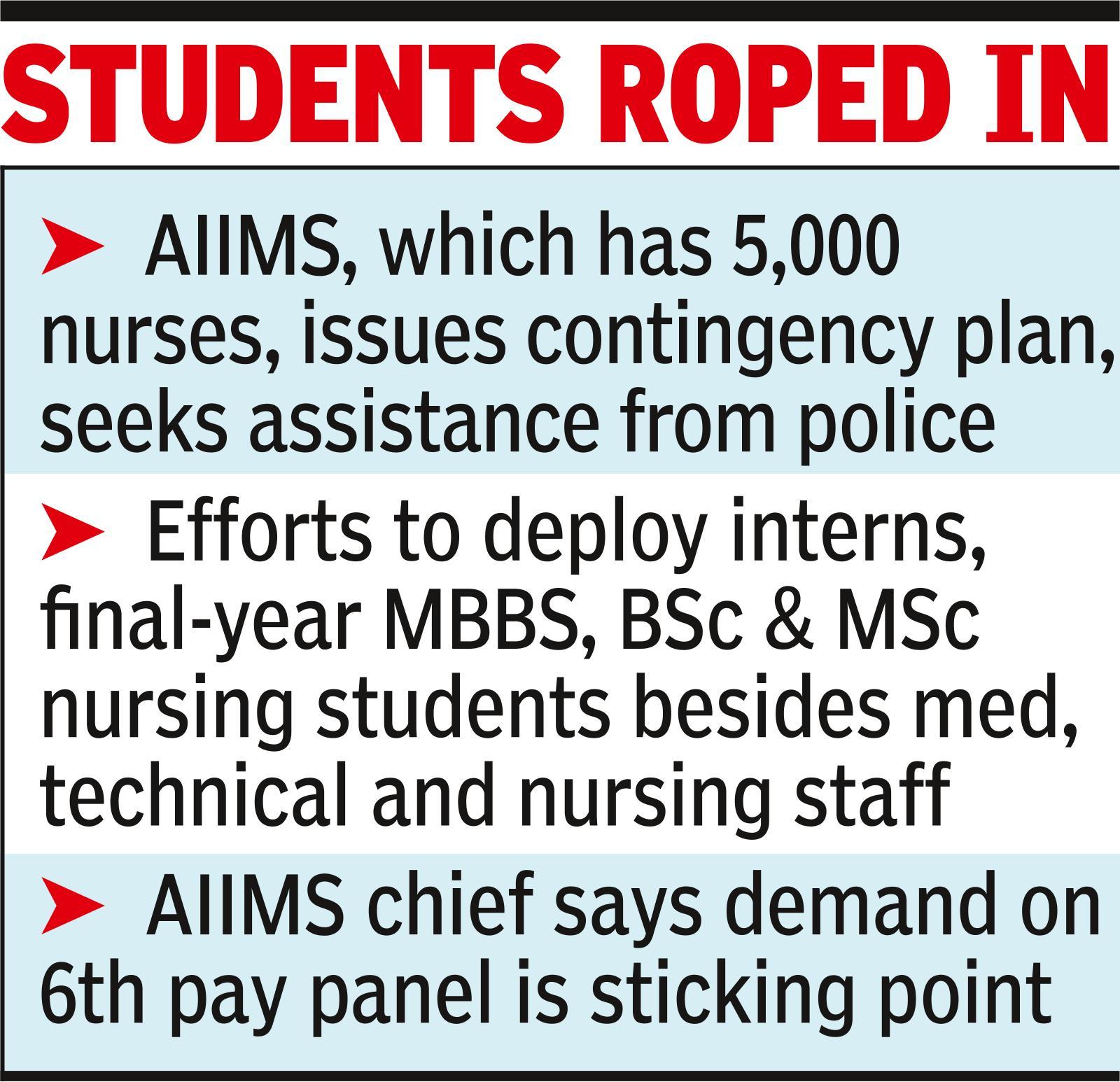 AIIMS nurses say won’t back down until all demands met

Director Guleria Appeals For End To Stir In Interest Of Patients

AIIMS has about 2,400 beds, of which, approximately 15% are in the ICU. Nearly all of them were occupied on Monday when the strike was called. “There is no one to attend to the patients, including the critically ill. Many may die if the stalemate continues,” doctors said.

The AIIMS Nurses’ Union has been in talks with the hospital for over a year demanding an increase in initial pay, Harish Kajla, who heads the union, told TOI.

“Last year, the Union health ministry himself assured our demand will be met with. But, now they have turned it down all of a sudden, leaving us with no recourse except to go on strike,” Kajla said.

The AIIMS administration issued a contingency plan for patient management within hours of the strike. It talked about seeking assistance from Delhi Police for the safety of patients and nurses. “Any unruly member of the nurses’ union trying to force or incite willing workers (including the nurses) may be physically restrained and taken out of the hospital area,” the order stated.

It added that efforts will be made to deploy interns, finalyear MBBS students and finalyear BSc and MSc nursing students in various patient care areas besides utilising medical, technical and nursing staff from various research projects.

AIIMS has 5,000 nurses. Their union claimed that most of them were participating in the strike and that it would not end until their demands were met. The nursing union’s demands also include no hiring of the critical workforce on a contract basis. “They have gone ahead with hiring on contract despite our protests,” the union said.

AIIMS director Dr Randeep Guleria released a video message in which he appealed to the nurses to get back to work. “…a real nurse would never abandon his or her patients or those healthcare workers who are now admitted in our hospital and looking for care,” Dr Guleria said.

He added that the nurses’ union had put in 23 demands. “Almost all of the demands have been met by the AIIMS administration and by the government. There is one demand which they have insisted upon which is a perceived anomaly in the fixation of the initial pay as far as the Sixth Pay Commission recommendations is concerned. We are currently having the Seventh Pay Commission (sic) which is being implemented and multiple meetings have been held with the nurses’ union and their representatives not only by the AIIMS administration but also the economic adviser in the ministry of health and family welfare, by representatives of the department of expenditure and also by the person who drafted the Sixth Pay Commission recommendations. He was also present in the meeting and he explained to the nurses’ union that the interpretation is not correct and this is beyond the provision of the gazette notification. But because the nurses’ union were asking for a hike in their salary, it was said by the government that they would sympathetically look at it as a fresh demand and ask the department of expenditure to consider it,” the director of AIIMS said.

He added that at this time, when the country is going through a lot of hardships and people are having to accept pay cuts and loss of jobs, the nurses’ union’s demand for a hike was inappropriate.