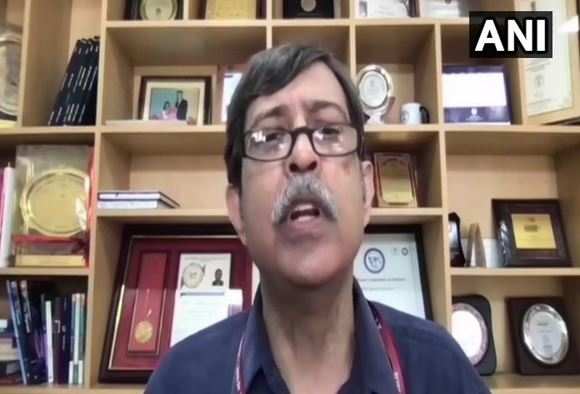 New Delhi: In view of the increasing cases of black fungus across the country, AIIMS Professor and Head of Department of Endocrinology and Metabolism, Dr Nikhil Tandon on Saturday informed that mucor may enter into lungs but its chances are very low.

“Mucor can spread through the air. It won’t cause any problem if a person is healthy. Mucor may enter into lungs but the chances are very low”, said Dr Tandon.

He further emphasized that the body can fight black fungus depending upon its immunity. “Our body is capable to fight it if the immunity is strong”, Dr Tandon said.

Yesterday, AIIMS Director Dr Guleria pointed out that there has been an increasing trend of rise in fungal infection in the last few weeks being seen among those recovering from COVID-19 with several states reporting an increase in the cases of black fungus.

“The Covid-19-linked infection has claimed more than 7,000 lives in the country,” said Dr Guleria.

He said Mucormycosis was also reported to some extent during SARS outbreak in the year 2002. “Uncontrolled diabetes with COVID can also predispose to the development of Mucormycosis,” Dr Guleria told ANI.

The fungal infection, which is caused by exposure to mucor mould that is commonly found in soil, plants, manure, and decaying fruits and vegetables, affects the brain, lungs, and sinuses and can be lethal to those suffering from diabetes and having compromised immune systems such as cancer patients or people with HIV/AIDS.

Cases of ‘black fungus’ infection are being reported in several parts of the country. States like Rajasthan, Gujarat, Punjab, Haryana, Karnataka, Odisha, Telangana and Tamil Nadu have already declared it a ‘notifiable’ disease under the Epidemic Diseases Act, thereby making it mandatory to report every Mucormycosis case to the state government.