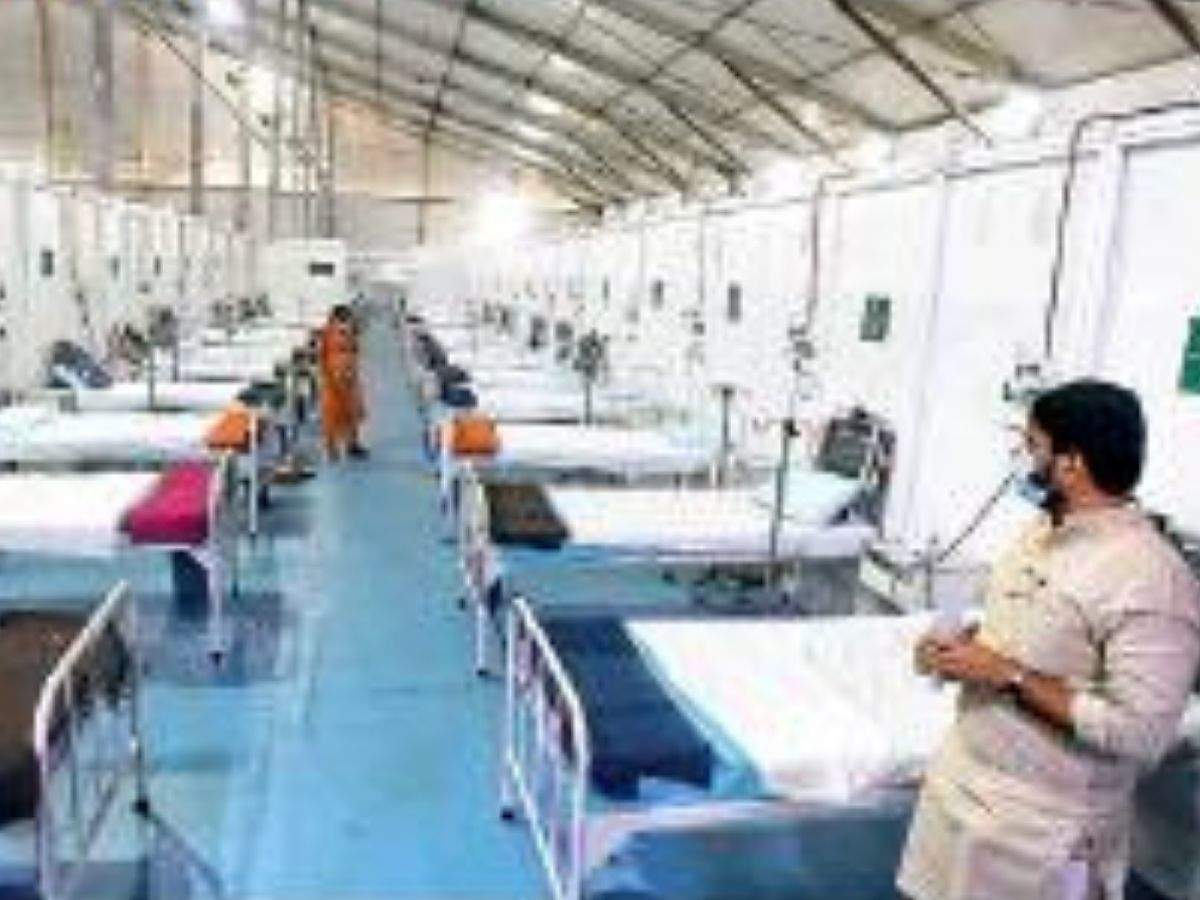 Health department officials said the cases have increased at an alarming rate over the last three weeks. “Earlier, it was thought that the disease was milder this time. But the situation in hospitals and deaths being reported daily suggest otherwise. Government agencies are scaling up infrastructure for testing, tracking and treatment of patients. All hospitals have been asked to increase their bed capacity and pull together resources to manage the crisis,” said an official.

Delhi has 10,832 beds reserved for Covid-19 patients. Of them, 5,097 (47%) are occupied. Most patients with mild symptoms are under home isolation and only those with moderate to severe symptoms are being admitted to hospitals. Therefore, the demand is higher for ICU beds with and without ventilators. The occupancy rate for both stands at 63% and 60%, respectively.

Like last year, the occupancy is lower in government hospitals, while big private hospitals like Apollo, Max, Fortis, BLK and Manipal barely have any ICU beds left. Max and Fortis hospitals in Shalimar Bagh have no beds available at all. Kalra Hospital in Kirti Nagar, Saroj Super Specialty Hospital in Rohini, Ayushman Hospital in Dwarka, National Heart Institute in East of Kailash and Sanjeevani Hospital in Daryaganj are other facilities with no vacancies.

Many patients are being forced to run from one hospital to another for admission, a scenario witnessed in November 2020 when the daily cases had crossed the 8,000 mark. “My wife and 72-year-old mother are both Covid-positive. As none of the big private hospitals in my neighbourhood have beds available, we are shifting them to Lok Nayak Hospital,” said Neha Kumari, a resident of Shalimar Bagh.

A similar crisis seems to be emerging again, though at a much greater speed. “In February first week, 130-140 cases were being reported daily. It seemed that the pandemic had slowed down. But there has been an exponential rise in cases over the past few weeks. Strict adherence to Covid-appropriate behaviour and creating micro-containment zones is needed to limit the disease spread,” said a senior doctor.