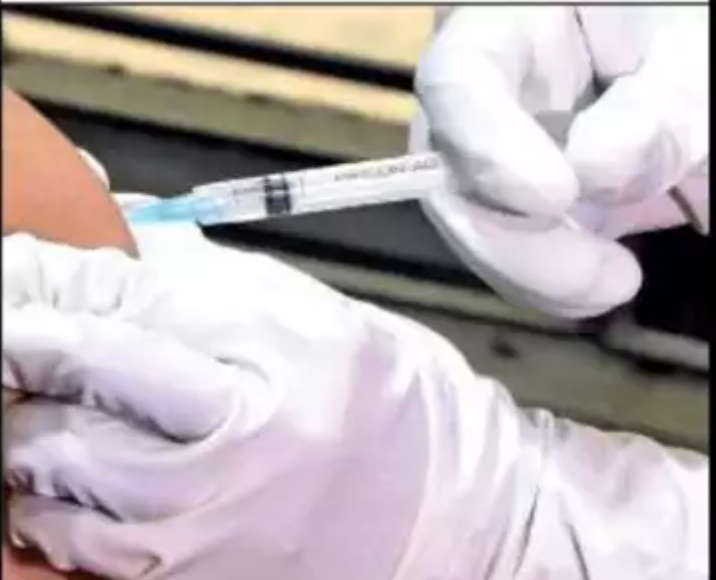 Kolkata: Private hospitals plan to keep the charge for vaccinating the next priority groups low. From March 1, those above 60 years of age and the 45-plus population with comorbidities are set to receive the shot against Covid-19. Doctors are also worried about the duration of the exercise.

Even though guidelines are yet to be issued, private hospitals could be charging a nominal amount to cover the cost of the consumables other than the price of vaccines. Several hospitals are also planning to add a counter to cater to the new groups.

The exercise is expected to be a lengthy one as the second round of inoculation of healthcare workers and the first round for other frontline workers are still in progress. “We are going to work out the price as soon as the vaccination guidelines are issued. Since this is a public service exercise, we will charge just for the vaccine and the price of consumables. Arrangements are being made to add a vaccination counter,” said AMRI Hospitals CEO Rupak Barua.

Some hospitals are not sure whether the vaccine is going to be chargeable or not. “There are indications that the state will provide it free of cost. So, we are keeping our fingers crossed,” said the head of a hospital.
Concerns have also been raised over the possibility of wastage of the vaccine, which is are now being provided in vials of 10 doses each. “Often, due to lack of enough recipients, we have to return the vials, which are half-empty. Since these are now provided free of cost, we don’t feel the pinch. But if we have to buy the vials, the wastage will amount to a substantial loss for us,” said Peerless Hospital CEO Sudipta Mitra. Once opened, a vial of vaccine has to be used within six hours.

Mitra pointed out that clarity was also required on how long the vaccination exercise for the 60-plus and 45-plus age groups would last. “These groups are far bigger than that of healthcare workers and frontline workers we are vaccinating now. So, this has to continue for at least a year, for which we must create a permanent infrastructure,” said Mitra.

R N Tagore International Institute of Cardiac Sciences that has inoculated several thousand people since January 16 is ready to set up the additional infrastructure required for the drive for the new groups. “It won’t take more than a couple of days to create the infrastructure. But we must have clarity on how and at what price the vaccine will be provided to us,” said RTIICS zonal director R Venkatesh.
According to Swasthya Bhavan, the number of vaccination sites will be scaled up from the existing 1,000. Senior health officials had a virtual meeting with officials of the Union health ministry on Wednesday, when they were told to start preparing for this third phase of inoculation. Sources at Swasthya Bhawan said that the state had the capacity to increase the number of sites to 10,000.

“Increasing the number of sites is not an issue. The main issue is the process of registering the recipients. We are yet to get a guideline on this. But once we get more clarity, we will start working on this as well,” said Ashim Das Malakar from the state health and family welfare department. 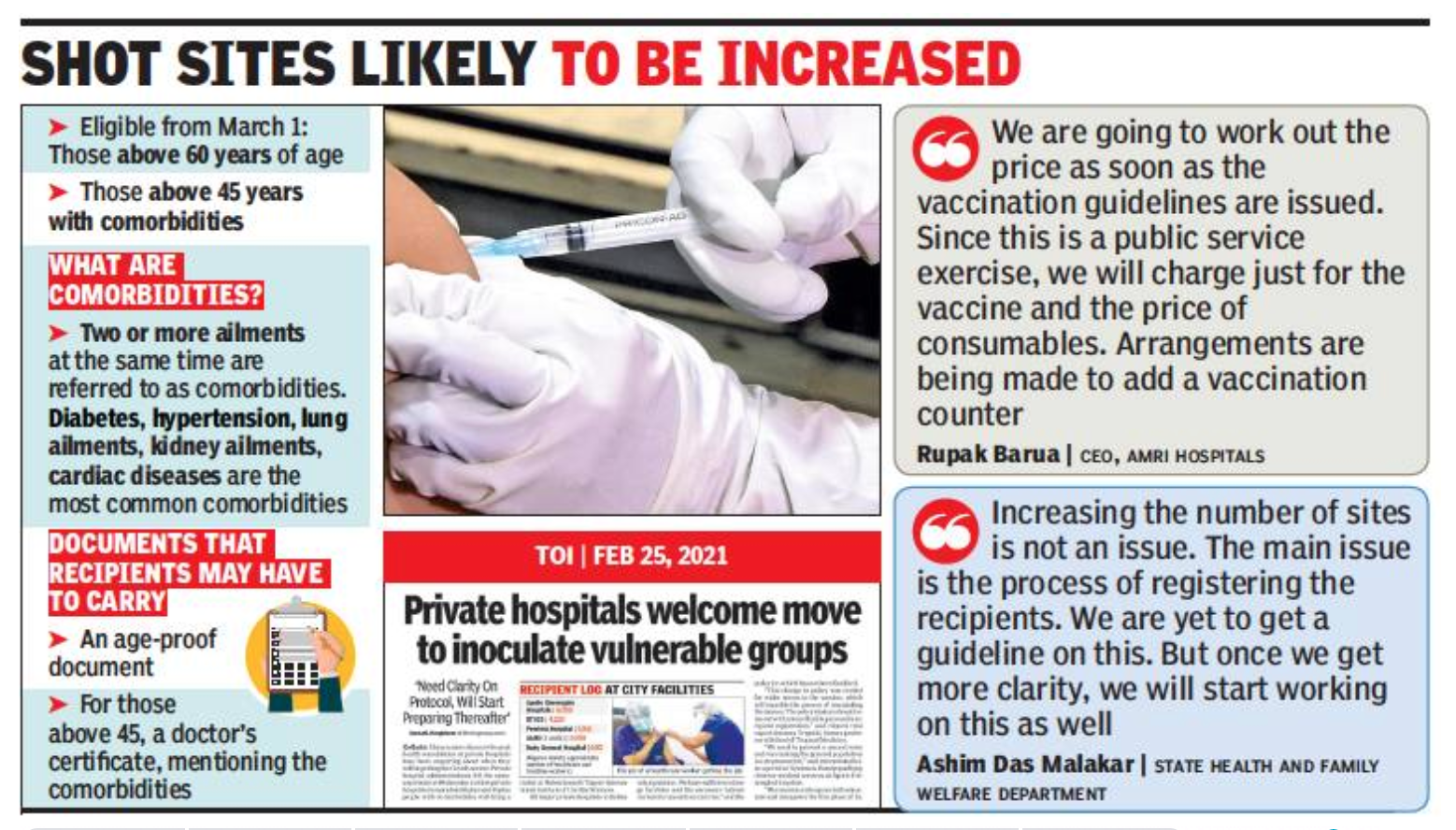